The Wauconda Area Public Library has been serving our community in one form or another since 1939. It's been housed in five different buildings, and the current building has undergone two major renovations and expansion projects.

On this page you will find a gallery of historical library images dating back to our founding, a timeline of major events, and links to detailed histories of both the library and the Friends of the Library on this page.

The library is only one part of our community's storied past. If you're interested in learning more about Wauconda Area history, see our Digital History Collection and Yearbook Collections. 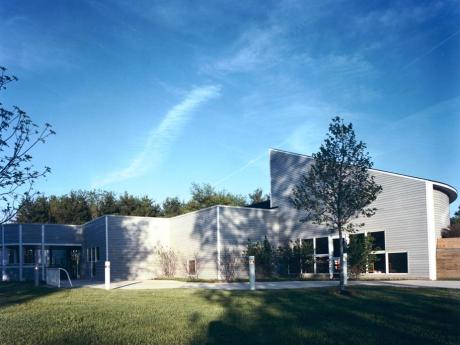 1939: Wauconda Area Library is founded by the Wauconda Women’s Club. The entire collection consists of one shelf housed at Wauconda Area High School, and the first librarian is a High School English teacher, Eleanor Herrod.

1948: The library moves to the top floor of the Sports Shop on Main Street.

1949: 300 Wauconda residents have library cards at this time, and the library owns about 1200 volumes.

1950: The library moves to a new location at Village Hall.

1954: The library begins to use the Dewey Decimal system to catalog books.

1962: A referendum establishes a Township Library, and the Wauconda Woman’s Club transfers library management to the newly elected library board. Myrtle Fink is the first Head Librarian.

1964: Friends of the Library organization is founded.

1968: The library becomes a member of the Northern Illinois Library System.

1979: The library owns approximately 30,000 books, 850 records, 300 cassettes, and subscribes to 97 periodicals and six newspapers. A Young People’s Room is added to the library, along with a children’s librarian, Sharon Nicola. Clara Bogle retires, and after an acting-librarian tenure by Joan Stewart, David Erickson is hired as the new head librarian.

1980:  In 1980, the library serves a population of 11,708 and owns 30,500 books.  There are 4,685 registered cardholders, and the total yearly circulation is 61,685.  The library transfers from the Northern Illinois Library system to the North Suburban Library System.

1982: The library purchases its current property from the Wauconda School District for a total price of $25,000.

1987: The library officially moves from the building on Osage to its present day location at 801 N. Main Street. The new library opens its doors to the public on Friday, September 4th at 9:45, and the grand opening is held on September 19th.

1988: The library changes from a township library to a library district, and its service area expands to coincide with the borders of District 118.

1989: The library celebrates its 50th anniversary.

1992: David Erickson retires as Head Librarian, and Tom Kern is hired as Library Director. The first issue of the library newsletter, at this time titled Focus, is sent to all district households in September.

1995: Voters approve a $4.5 million expansion and remodeling project, which commences in August 1996. From now until August 1997, the library materials are temporarily housed at a former Ben Franklin on IL-176.

1997: The newly remodeled library opens to the public on August 25th, and the grand opening is celebrated on September 28th.

1998: The library receives the Distinguished Building Award in September, from the Chicago chapter of the American Institute of Architects. In the same year the new Children’s services area is featured in an exhibition at the Art Institute of Chicago’s Architecture and design section, as one of six notable public children’s spaces in the Chicago area

2005: The library is named Library of the Year by the North Suburban Library System.

2015: Grand re-opening of the newly renovated library is held on April 18th.

2019: The library completes a major renovation of the exterior, including the front stairway and plaza, begun in 2018. A grand reopening is held along with a celebration of the library’s 80th birthday, on September 28th.