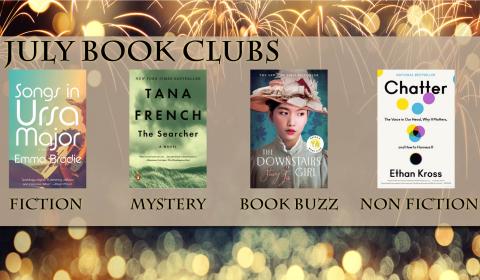 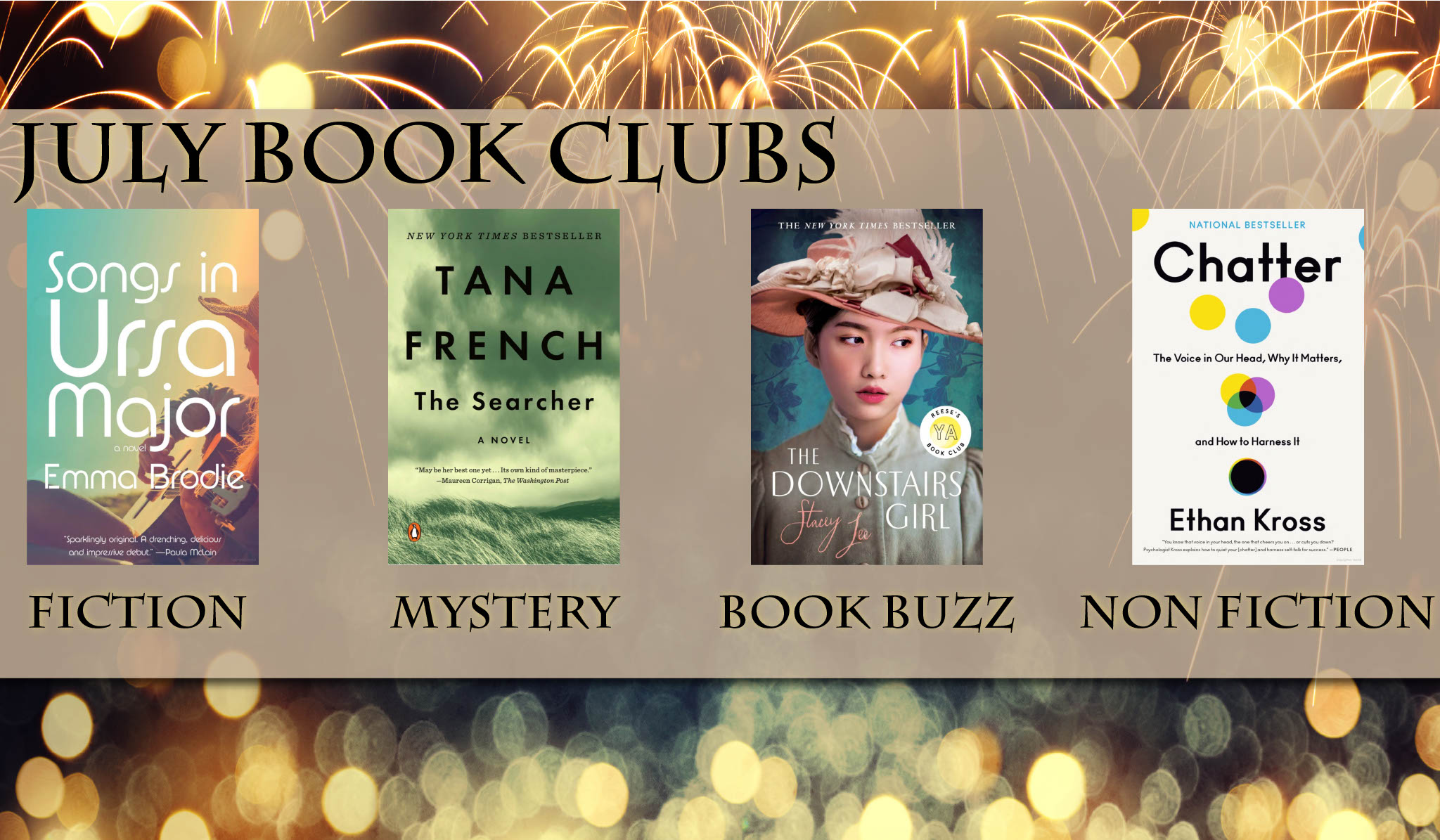 Don't forget about this event. Add it to your calendar.

Let your friends know about this event! Share it on social media.

Adults
Registration for this event is no longer open.

Join us as we discus Songs in Ursa Major by Emma Brodie.

Books are available at the Adult Help Desk.

The year is 1969, and the Bayleen Island Folk Fest is abuzz with one name: Jesse Reid. Tall and soft-spoken, with eyes blue as stone-washed denim, Jesse Reid's intricate guitar riffs and supple baritone are poised to tip from fame to legend with this one headlining performance. That is, until his motorcycle crashes on the way to the show.

Jane Quinn is a Bayleen Island local whose music flows as naturally as her long blond hair. When she and her bandmates are asked to play in Jesse Reid's place at the festival, it almost doesn't seem real. But Jane plants her bare feet on the Main Stage and delivers the performance of a lifetime, stopping Jesse's disappointed fans in their tracks: A star is born.

Jesse stays on the island to recover from his near-fatal accident and he strikes up a friendship with Jane, coaching her through the production of her first record. As Jane contends with the music industry's sexism, Jesse becomes her advocate, and what starts as a shared calling soon becomes a passionate love affair. On tour with Jesse, Jane is so captivated by the giant stadiums, the late nights, the wild parties, and the media attention, that she is blind-sided when she stumbles on the dark secret beneath Jesse's music. With nowhere to turn, Jane must reckon with the shadows of her own past; what follows is the birth of one of most iconic albums of all time.

Shot through with the lyrics, the icons, the lore, the adrenaline of the early '70s music scene, Songs in Ursa Major pulses with romantic longing and asks the question so many female artists must face: What are we willing to sacrifice for our dreams?